As some of you know I am totally in LOVE with Mod Podge right now.  I mean seriously!  I was covered in the stuff a few days ago.  I may just go crazy and Mod Podge my entire house!

Well, let's get to it!  I saw this tutorial, showing how to make CUUUUTE picture frames, on The Shabby Chic Cottage one of my FAVORITE idea blogs.  She is totally awesome!  Anywho, it was August and I had a few birthday gifts that needed to be bought with NO money!  Alas!  I remembered this tutorial and got started! 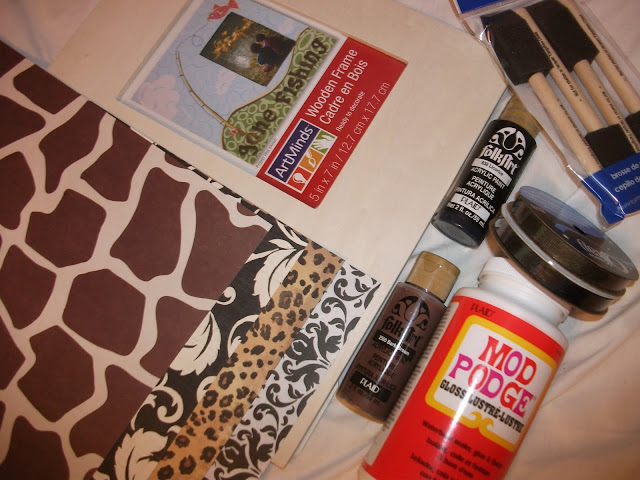 I needed to make 3 frames, and as most things go you just learn a few of your own tips as you go.  In the tutorial she mentions wetting the paper first before placing it on the frame.  She also cautions about making sure it is a quick dip in water and not a soak.  So I go about all the other steps, get to the dipping paper in water step and although I though I did it fast enough, I did not.  It was a mess!  The paper tore, it stretched, it was just bad.  So the second frame I didn't dip the water at all.  That was also a mistake.  Doing that made it have a lot of awful air bubbles.  *sigh*  So, the third I dipped in water again, but this time was super dee duper quick about it.  Perfection!

The other thing the tutorial mentions is painting the inside of the frame where the glass goes.  Well for some reason, the glass in my frame did not come out, like the glass in her frame.  So the paint was everywhere!  So!  I had the brilliant idea of using ribbon to hide the ugliness of the paint.  You know how I LOVE ribbon!  BUT, there was just one problem.  I do not know how to fold ribbon very well.  So the first frame looked awful!  The second frame was a bit improved and the third frame looked decent. 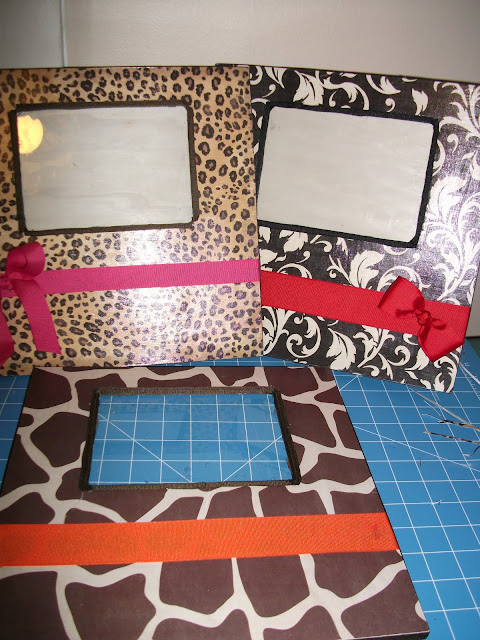 I did not have any more time to work on them so I just wrapped them and away we went.  The recipients loved them and even though I offered to fix the imperfections they insisted they loved them anyway.  WooHoo!  I know what everyone is getting for Christmas and now that I have had a few trial runs know that they will be super cute!  These frames are SO cute and cost maybe $5-$6 each to make but look like you spent FAR more on them.  Give them a try!