July 16, 2011
Hey all!  Just popping on to share a quick recipe I just made.  We ran out of Hershey's Chocolate Syrup yesterday and I did NOT want to leave my house today.

Seriously!  It was like 300 degrees outside!  WHY would I want to willingly get out in that?

Luckily I had just enough of everything to make my own!

I first saw how to make my own chocolate syrup on Food Network, thank you very much Alton Brown!  But, never did make it.  As I was fumbling around on Pinterest the other day I found another recipe.  It is actually the same recipe from a Better Homes and Garden cookbook.  SCORE!

Pour the water in a saucepan {I used a medium saucepan} and add the cocoa powder, heat over medium/high.  Stir to dissolve.  Once dissolved pour in the sugar.  Again, stir to dissolve.  Once mixture comes to a boil, allow to boil for 3 minutes.  After mixture has boiled for 3 minutes add the salt and vanilla and stir a bit.  Allow to cool.  Once cool, place in a jar or old chocolate syrup bottle and store in fridge.  This will last several months in the fridge. 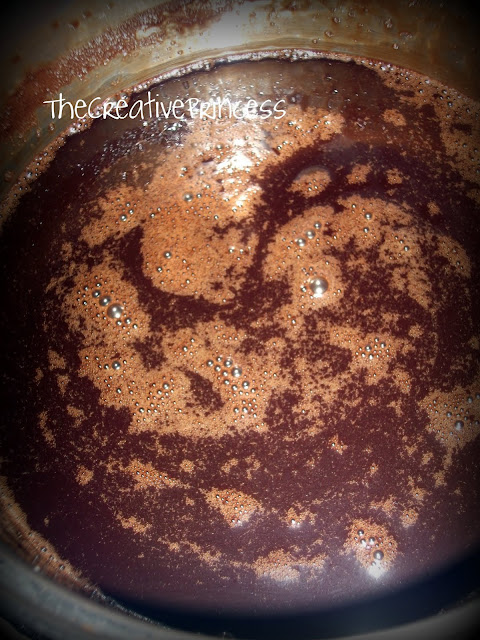 See!  Not as hard as you thought it would be is it?

Ok, this is the finished product.... 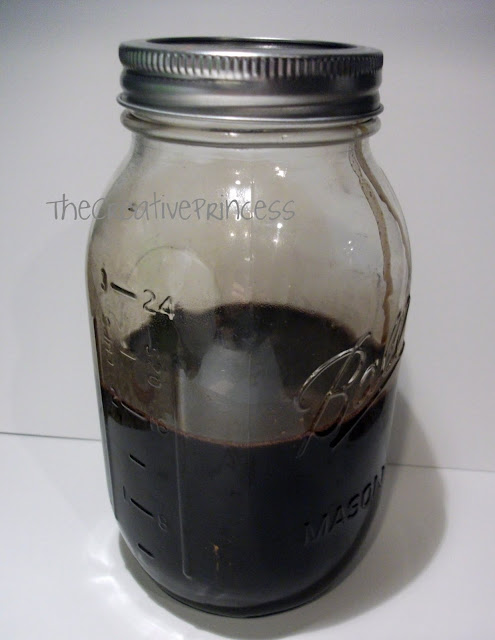 I know...it is SUCH an AWESOME picture isn't it?

It looks like the jars of oil (as in crude or black/gold) that my grandpa used to keep around.  He is/was an oil man.