First Family Vacation.....First Day in the Parks....Hollywood Studios and Ohana

August 22, 2011
After our first night at WDW it was time to wake up bright and early and get our day started at Hollywood Studios.  Everyone was up and at 'em....well, with the exception of one... 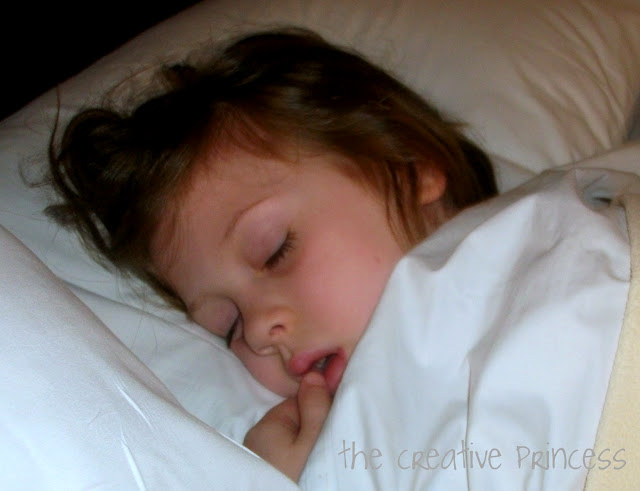 She was kind of crabby and didn't want to get up.

Once everyone was up, dressed, out the door and on the bus we were headed to Disney's Hollywood Studios.  We had reservations at Hollywood and Vine for breakfast with some pretty important people.  We walked up to the gates and waited with everyone else, then I noticed two workers off to the side with a list so me being me, nosey, went to talk to them about our reservations and how to get in to get to the restaurant.  They asked me a few questions and in a matter of seconds we were through the gates....leaving everyone in our dust.  They had to wait until the park actually opened.  HA!

Since we had early reservations we were allowed in the park before anyone else, which makes for great photo ops!  You don't have to worry about a million other people in your pictures. 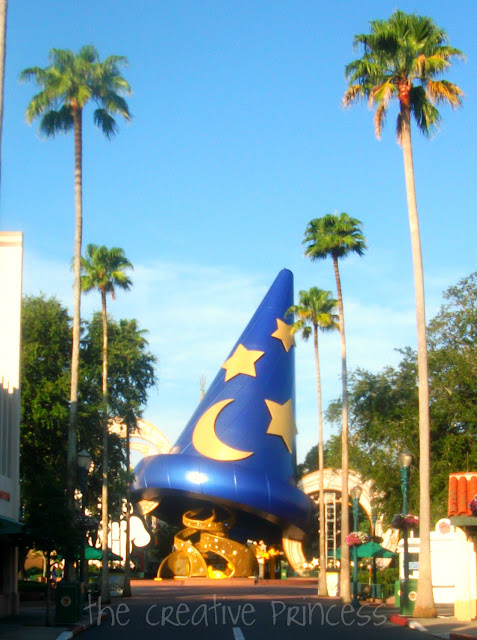 Breakfast included June and Leo from the Little Einsteins, Handy Many and Special Agent Oso.
Oso was by FAR MG's favorite, Mads was pretty happy with all of them.  They have a fun little skit and let the kids come up to dance, MG wanted nothing to do with it and Mads was unsure but went anyway and ended up not liking it.  She has become a bit shy for some reason.  The food was pretty good and we would go back again. 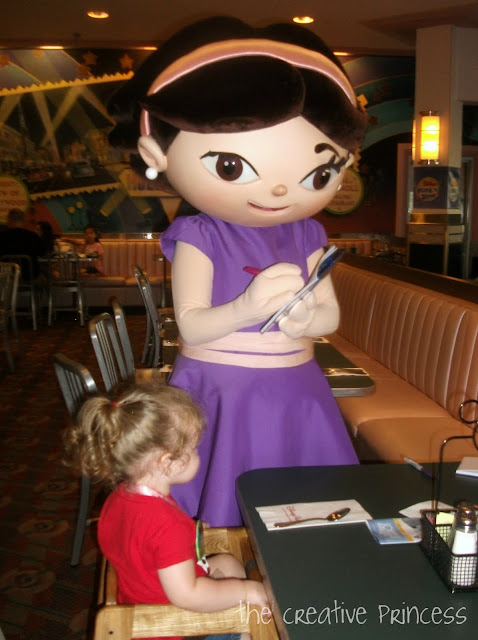 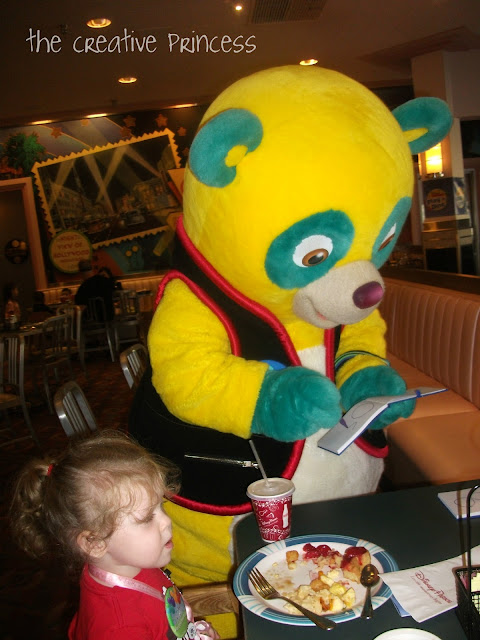 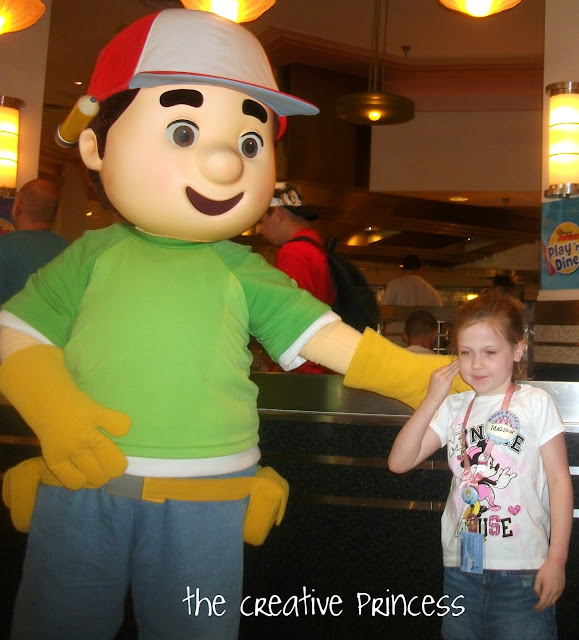 After breakfast we hit the road and saw The Little Mermaid show, Muppet's 3D and walked around looking at everything and of course visiting with more characters. 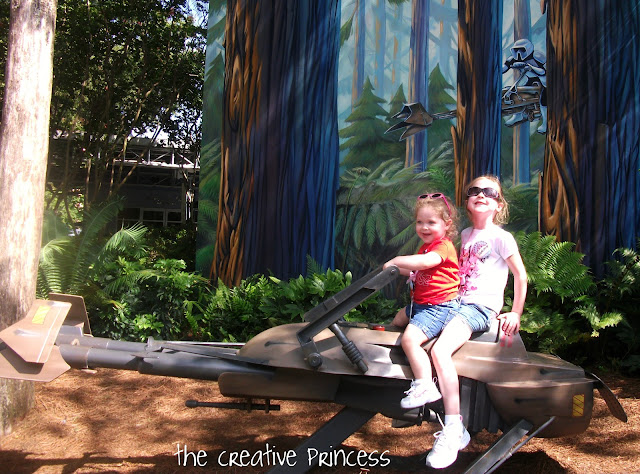 I have no idea what this is.

We also ran into Phineas and Ferb.  That was fun!  They do a cute little skit while you are waiting in line. 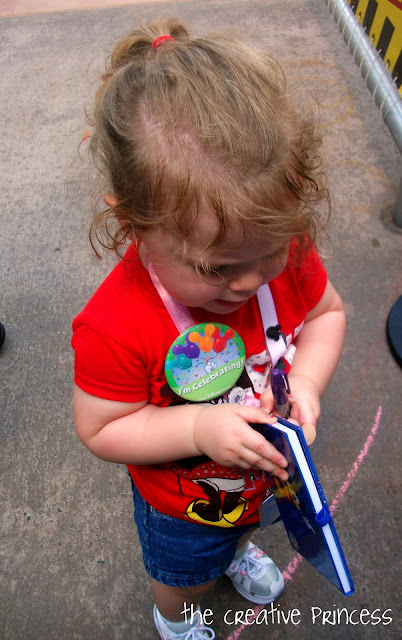 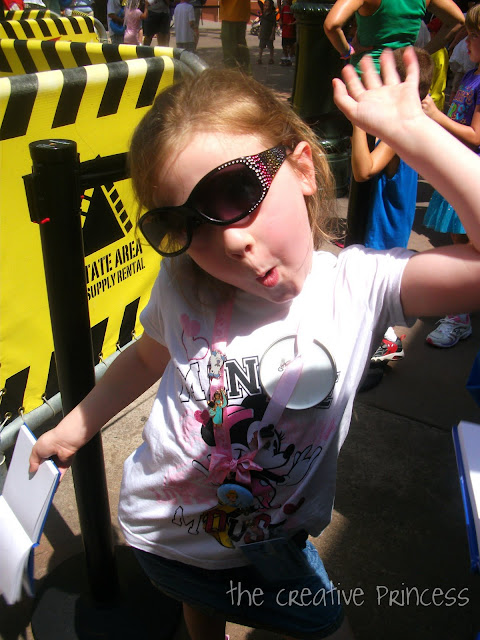 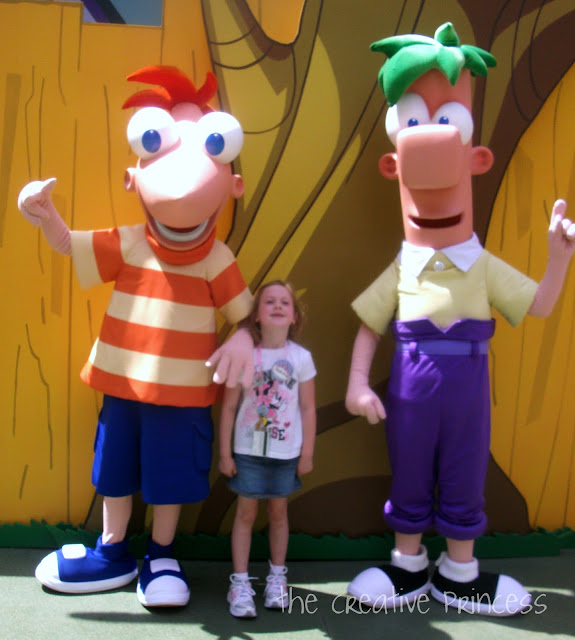 After all that fun it was time for lunch.  We had lunch at 50's Prime Time Cafe.  It was PACKED!  The food was good, the waitress was terrible (very slow service, MG actually ended up falling asleep waiting for our food).  It is a really cute restaurant and I like their theme.  We would go back but probably wouldn't be our first choice, just because it was soooooo busy. 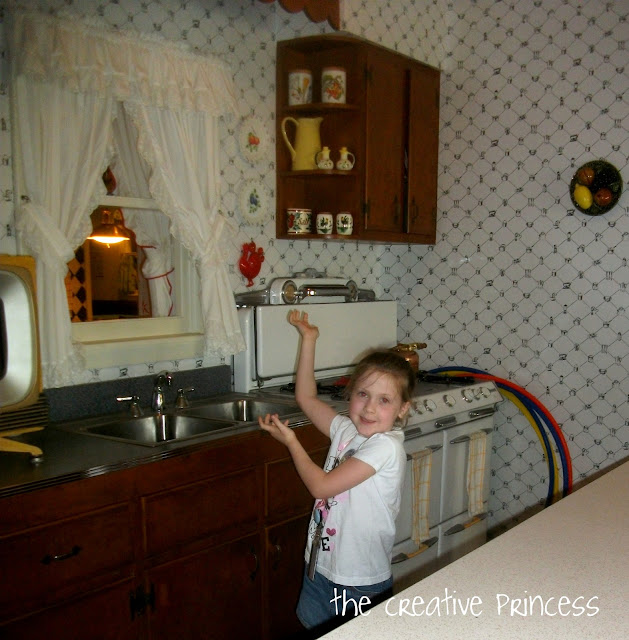 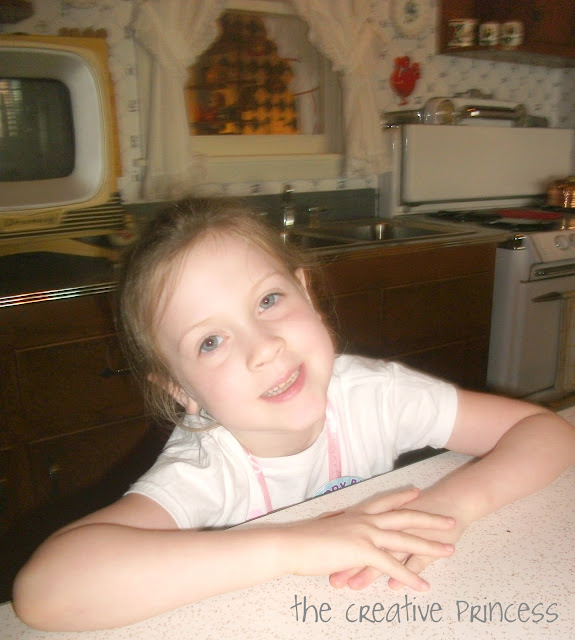 Mads liked it.  It reminded me of my Grandma and Grandpa's kitchen growing up.

After lunch we went back to the hotel.  We were just tired and hot and just done.  We planned on going back later in the day but that just did not happen.

Once we got back to the hotel we were spent.  We all laid down and we all fell asleep.

For dinner we had reservations at Ohaha.  I had heard a lot of REALLY great things about this restaurant.

They made us wait 2 HOURS to get us back in!

I know, you would have left and gone somewhere else.

I would have also, if I hadn't heard such great things about the place.

The service here was also lacking (theme here?  Yep, pretty much), the food was good for the most part.  I did NOT like the bread everyone raves about but I LOVED the bread pudding.  I had no idea I liked bread pudding so much.  It was REALLY good.  The steak was good and so was pretty much everything else.  I also did not enjoy the weird noodles they had.

Where we sat you could see the castle, it was beautiful.

We would go back and next time make sure we are not late for our reservation!  lol

I think all of us fell asleep on the bus back to the resort.  It was a long, hot day.