I was on the NEWS!

If you live within 60 miles of me, or are one of my close friends you already know this.

For those of you that missed it here is the deal......

I friends Sarah {also known as Money Saving Queen} was a busy, BUSY lady a few weeks ago during Black Friday....or Thursday as it turned out.  She asked her readers to send in their BF deals so she could feature them on the news!  Well, I had an AMAZING deal so I was ALL over that!

What was my deal, you ask?

It was this BEAUTIFUL necklace from The Vintage Pearl (TVP). 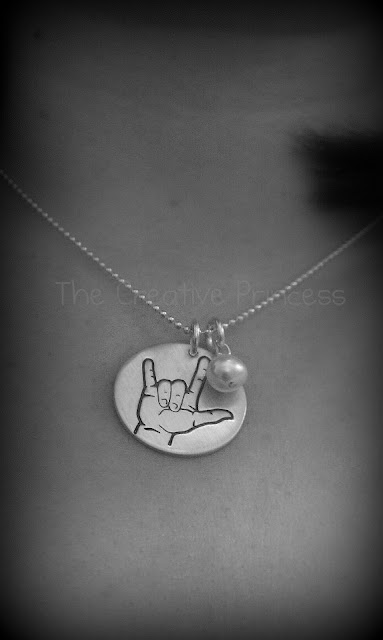 I absolutly LOVE it!

Now, let me explain how I got this deal.

As I mentioned Monday, it is all about working the deal!  TVP has put a few gift certificate deals on Groupon, this is where I started.  Back in August (I think) TVP teamed up with Groupon and put an AMAZING deal up!  For just $15 you could purchase a $30 gift certificate!  That's AWESOME!

Ok, I know I said I only paid $4 and that just doesn't make since, especially when I said I purchased a $15 Groupon.  Well, here is how it went down!

When your friends sign up with Groupon you get a $10 credit!  I had enough credit to purchase the TVP certificate for.....FREE!

I was able to get there before the deal ended.  HOWEVER, I was not able to get the full BF special because I was using a Groupon.  STINK!  I was a little bummed but got over it because I really love TVP and I really love this necklace.  The girl that checked me out still offered a 10% discount though, I gladly accepted.

So there you have it!  That is how I was able to snag my beautiful $38 TVP necklace for just $4!  AWESOME!

Oh, and you can find the video of the news segment here.

Getting ready for summer with #MyHartstrings #cbias

April 15, 2012
Is it warming up where you are?  It has been warming up here for a few weeks now.  With spring break over and the temps slowly getting warmer and warmer, it can only mean one thing.... SUMMER is just around the corner! We like to spend our summers at the lake or at the pool.  Last year we practically lived in our bathing suits!  Since we spent SO much time in our suits last year, they were looking a little warn by the end of summer.  Plus both girls have grown so much this year, they needed new suits. I have been peeking at some suits on Hartstrings.com and decided to go ahead and get new suits!  We may be going to Houston soon so the girls will need something for that trip.  It was REALLY hard to decide on what suit to get the girls, they have such cute options.  Mads is old enough to pick for herself (somewhat) and MG really doesn't care as long as it includes pink. I pulled up Hartstrings.com and let the girls have at it.  I did guide MG into the green and p
Read more