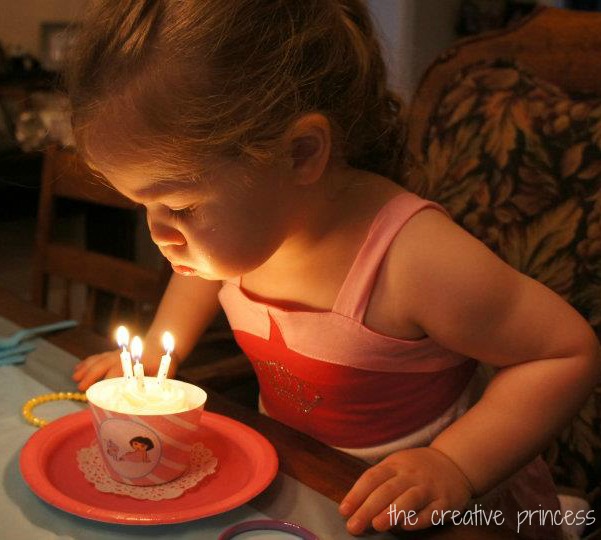 This weekend was NUTS!

We left home Friday night to go to my moms an hour and a half away.  We needed to make a few stops on our way.  No biggie....right??  WRONG!  Very, very WRONG!  We had MAJOR storms in our area.  BAD storms.  TORNADIC STORMS!  UGH!  I am watching the radar on my phone (thank God for technology) the entire way to our first stop (Hobby Lobby) and we are listening to the weather updates on the radio.  There was a tornado that hit Norman, which is in the other half of the state and is hours away from where we were at the time.  That storm was moving our direction though.  Fan-stinking-tastic!  So we get to HL and it starts to rain.  Not just little sprinkles, I am talking DOWNPOUR!  MG has an accident while we are shopping so hubby, being the super hero he is, takes her to get changed.  I quickly finish up then it was off to our next stop (Sam's).  In between my mom and I are calling and texting asking questions like what we want for dinner, where are the storms, etc.  The storm was getting close and there was still rotation.  By the time we were done with Sam's it was starting to get dark.  BUT!  The storms were not near as bad as they were so we make our way to my moms, safely.

Once there it was birthday central!  I had so much to get done for the party the next day.  Yes, I did what I could at home but most of the things needed to be assembled at moms.  So, I recruited hubby and my mom to help.  God bless them!  They were in charge of unfolding the paper flowers, then mom went to bed and John helped with a few other things.  I stayed up to hang things, like the banners and paper flowers, then it was off to bed for me.

The next day we got up, went to have breakfast with my mom and one of my aunts.  Then, it was off to the zoo!  We got there super early, like 10 minutes after it opened.  We were like the 6th car in the lot!  It was great!  We got to see the zoo like we never had before.  The animals were awake and full of energy.  These little guys were amazingly LOUD! 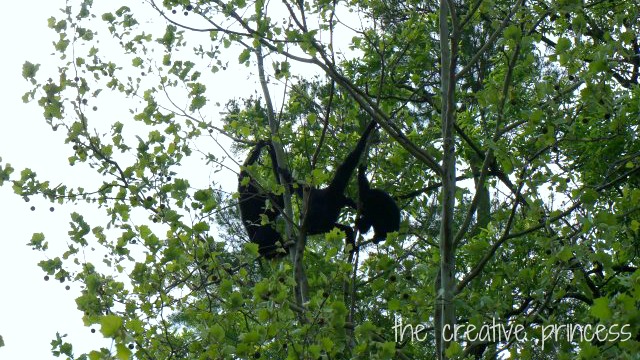 I would have thought there were like 50 of them, not three, with how LOUD they were!

We were the very first ones at the petting zoo, and while it was still closed for the day we were able to watch the handlers feed the animals.  It was pretty cool and the girls loved seeing that. 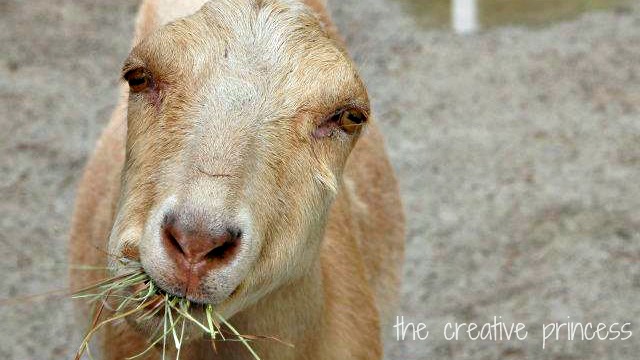 This little guy (or girl, who knows) was so funny!  He kept looking at us and would turn his head from side to side like dogs do when they hear weird noises.  HA! 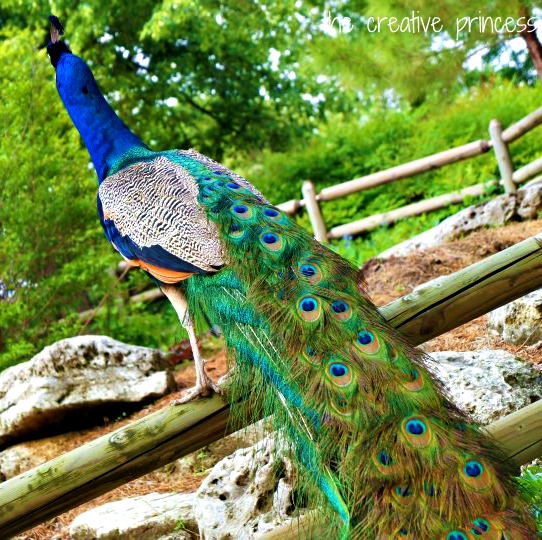 There were peacocks every where on the back side of the petting zoo!  They were beautiful!

We continued our journey to the rainforest area.  It was SO hot in that building.  Blah!  But, in the summer it seems sooooooo cool in there.  The girls had to stop and get a pick by the head. 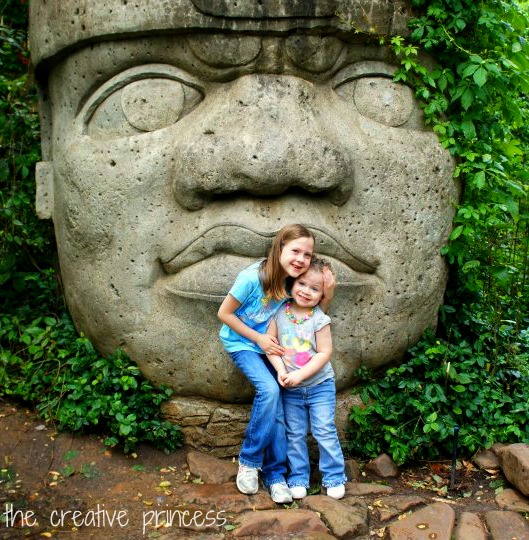 I really like this part of the zoo, it is SO cool to feel like you are REALLY inside the middle of a rainforest!
Then......I saw this sign.....

UM......Yeah, that freaked me out a bit and made me seriously consider turning around and RUNNING out the door.  But, I read on.  Turns out the not so little thing is hurt and in another part of the building.  Phew!  We were safe, no need to worry about being swallowed.

We continued on and saw HUGE fish, cute little poisonous frogs, exotic birds, a jaguar and cute little bitty monkeys.  I thought for half a millisecond that it would be fun to have one for a pet.  Then I remembered the movie Outbreak and decided to just move on.  But, aren't they CUTE?! 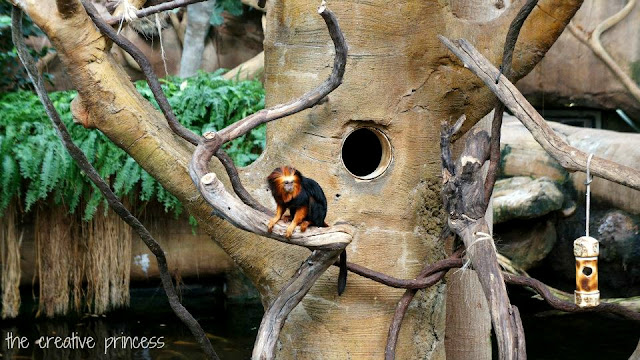 We saw tons of other animals, the new sea lion exhibit, stopped for snacks and a drink and saw a few more animals.  I wanted to go to an area of the zoo I had never been so we walked out to the Wetlands area.  It is SO COOL!  It is a little walkway over a pond, tons of fish, turtles and a few snakes.  At one point we were walking and I thought I dropped something, when I turned around this not so little guy was standing right behind me. 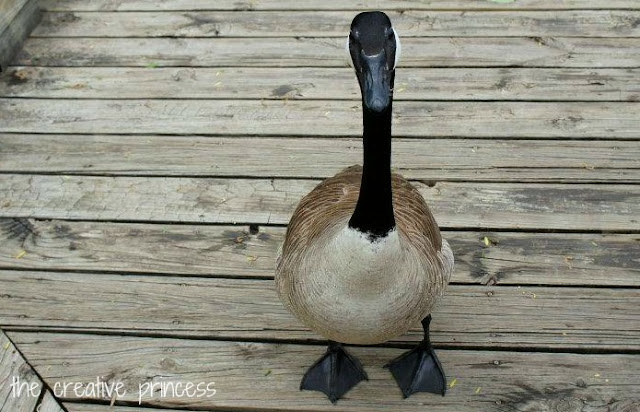 Turns out he was only friendly because we had popcorn.  He however was not so friendly anymore when MG would not share and nearly ripped the bag from her hands!  lol  We quickly left that area and headed to the turtles and elephants.  MG was starting to get tired and Mads kept wanting me to take her picture.  So I did....and it turned out great! 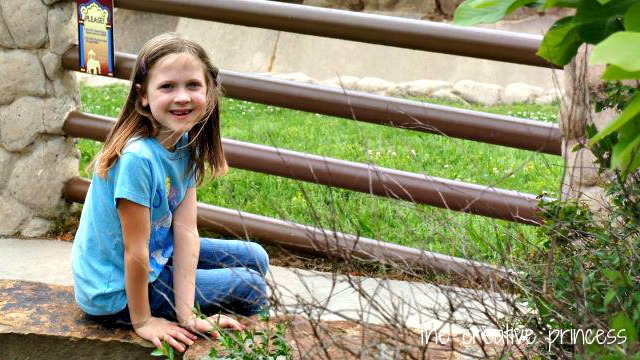 The last thing we did before leaving was ride the train.  We did the full loop and saw one of the original zoo trains on our way. 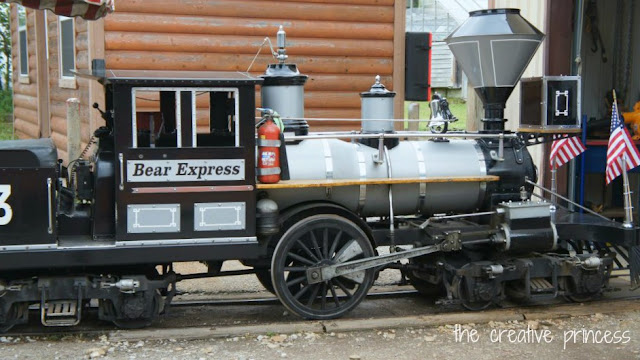 Then it was back to my moms to get ready for the PARTY!  Both girls were asleep before we got out of the parking lot!  HAHA!

I had a few more little things to do once we got back.  We finished everything up then started to put everything together. 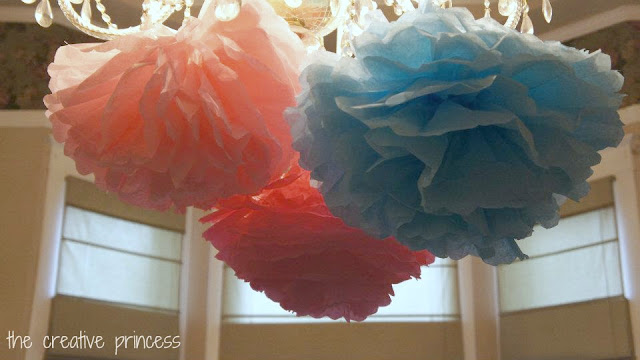 I LOVE these paper flowers!  They are super easy to make and you don't have to worry about them popping, like balloons.

Our girly Dora party food!  I got some little marshmallow ice cream cones on Easter clearance, made the cupcakes, made Rice Krispy Treats and then just put it all together.  It all looked SO cute! 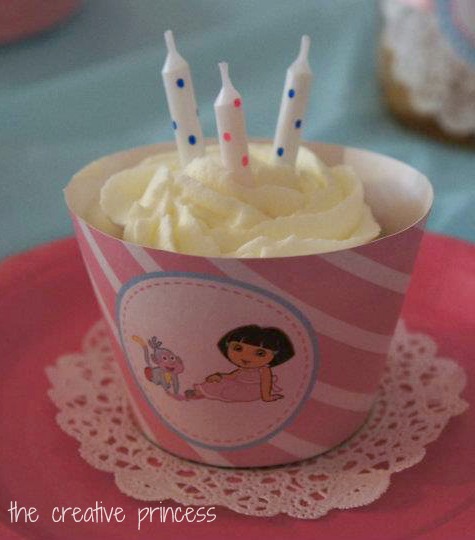 The cupcakes were a Tres Leche flavor but I need to rework the recipe, look for it soon. 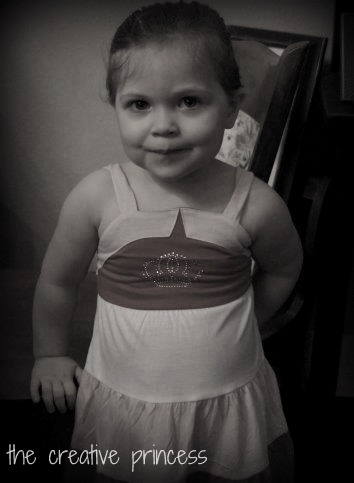 MG had a great time at her party.  She wasn't so thrilled with all the clothes she got (I was though) but, she loved the books, puzzles and Barbies.

We were going to come home Saturday night but since there was REALLY bad weather in the area we decided to stay one more night.  There ended up being a devastating tornado in the western part of the state, by the time the storms reached our area they were just thunderstorms.  Sunday morning we packed up and came home later in the afternoon.

On our way home I got a text from our Children's Pastor asking if I wanted to share my testimony with the kids that night.  The lesson was on not giving up when things are hard.  It was AWESOME to share with them and to let them know they really are not alone and that I DO know what a lot of them are going through.  I pray one day those kids will have the same opportunity that I have had, being able to help a child that is dealing with the same things.

Since I was not able to get this up yesterday I am going to tell you about my Monday as well.  MG had her 3 year Well Baby (guess I should start using child now huh?), everything was great.  We are going to be going to a derm. to see if they can figure out what her never ending rash is.  Yes, we have done all of the testing the doctors can do at this point (allergy, celliac, a slew of others).  The doctor is now thinking psoriasis but wants a derm to look at it just to make sure.  MG is growing just fine and is healthy and happy.

Last night I went to Zumba.  For the very first time....EVER.  OH! MY! GOSH!  Yeah, let's just say my days of busting a move were over a LONG time ago!  Things now shake that shouldn't shake and things that should shake don't stop shaking 5 minutes after I have stopped moving (I know some of you know what I am talking about).  I have decided I need to invest in a sports bra, or two, and try to find something that will prevent my butt from shaking so much.  Good gracious!  It was a site to see, let me tell ya!  HAHA!

I hope you all had a wonderful weekend and are enjoying this beautiful week.