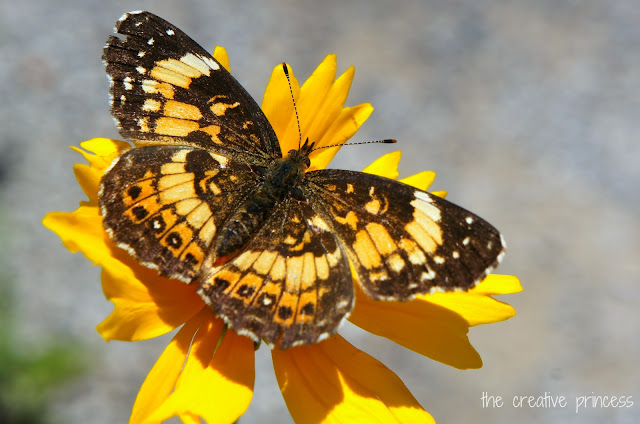 This past weekend was our "off" weekend.  The hubs was working and we had no real plans.  Mads was out of school on Friday so she went to a sleep-over Thursday night.  She had a BLAST!  This was only her 2nd sleep-over and of course this mama worried a bit.  Will she behave?  Will she have fun?  Will she pick up after herself?  What if she needs me?

She behaved, she had a blast, she picked up after herself, she didn't need me.  My baby is growing up, my little butterfly is starting to spread her wings...just a bit.  She got to feed horses and cows and dogs and cats!  HA!  She got to sleep in the living room and was the first one up before any one else in the house.  They ate candy and cookies and she doesn't remember what was for dinner.  For breakfast she had some fruit and a cinnamon roll.

That night MG and I went to watch a girl from church tryout for the varsity cheer squad.  They had 20 or so girls try out and our friend, I would say, was in the top 5-8 of the group.  She was really good.  One of the girls ended up snapping her knee and an ambulance had to be called in, poor thing.  I am not sure if she tore or broke something.  All of the girls, except the one that got hurt, ended up making the squad.  I will NEVER understand why they allow that.  Why hold tryouts in the first place if all of them are going to end up making it?  It seriously blows my mind.
ANYWAY
After that MG and I went out to eat then came home and went to bed.  I like early nights like that and miss them.  When Mads was little I remember coming home, cooking, giving her a quick bath then it was in bed by 7pm.  For both of us.  It was great!  Can't do that so much any more, it is rare we are in bed by 9pm now.

Friday we took our time getting ready and I told the girls I had a surprise for them.  Mads asked if we were going to walk or drive.  We would drive....then walk once we got there.  She asked if it was close or far, I said she would have to wait and see.  MG asked if we were going shopping, no.  We made a few stops along the way then as we got closer Mads let out a LOUD "I KNOW!  ZOO!"

Yep, we went back to the zoo.  It was a BEAUTIFUL day, kind of chilly actually.  We timed it just right and got there as about 6 schools were leaving.  Phew!  I hate being at the zoo when it is super busy.  The girls were hungry so we made our way to the cafe.  On the way we saw a cute little family of geese.  The girls just thought they were the cutest things EVER! 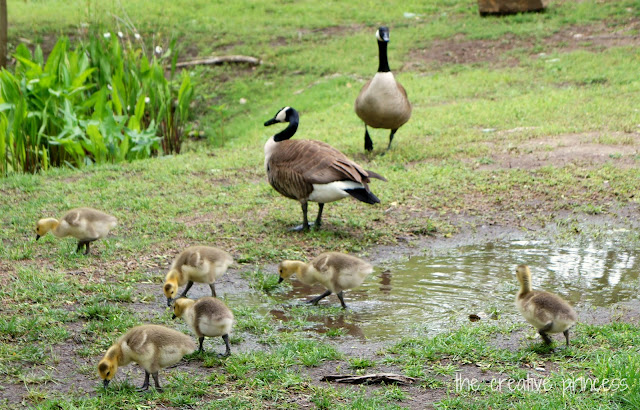 After lunch the girls wanted to play on the playground, when daddy comes with us we don't normally get to enjoy the playground.  So, I let them play for a few minutes.  Then MG got stuck on one of the little contraptions, I decided it was time to move on once getting her unstuck. 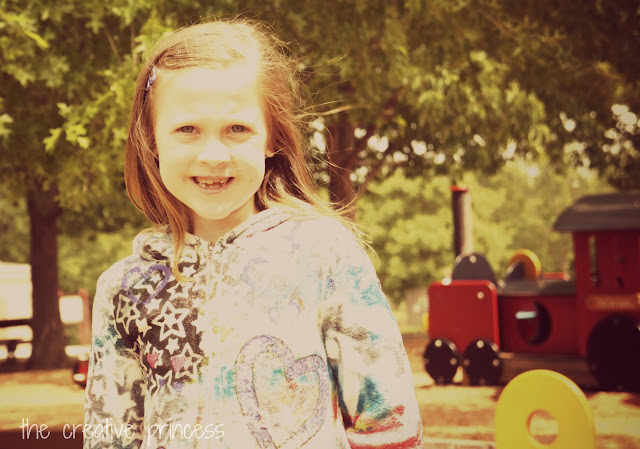 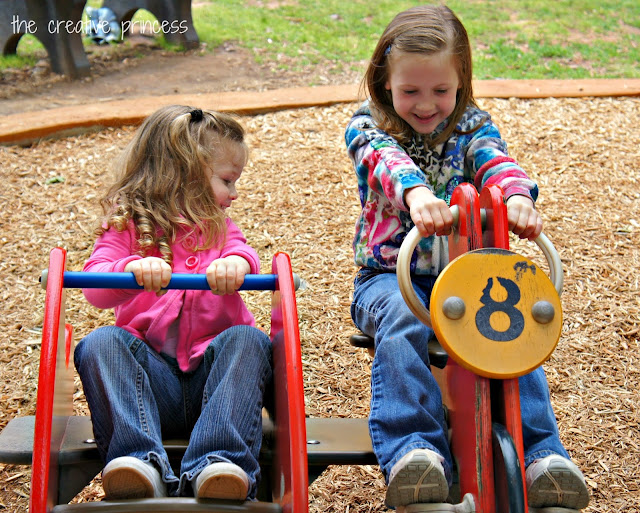 After the playground we went into one of only a few buildings that is currently open, most of the others are closed for renovation right now.  I don't know what the building is called but if you have ever been to the Tulsa Zoo I am sure you refer to it as "The Smelly One".  I don't know why it smells SO bad but, it is pretty awful.  The smelly building is home to monkey's, lizards, fish, flamingos and other random birds.  We had a really good time watching one of the monkey families.  There was a newish baby and he would walk by and fling his mama's tail.  She would then kind of jump at him like she was going to get him so he would take off running the other directions.  Then he would slowly make his way back over to her, stopping to eat a few bugs along the way.  Then when he got really close he would reach up, grab her tail, climb up a branch and JUMP!  Thus resulting in the little guy swinging from his mama's tail.  HAHA!  It was SO funny to watch! 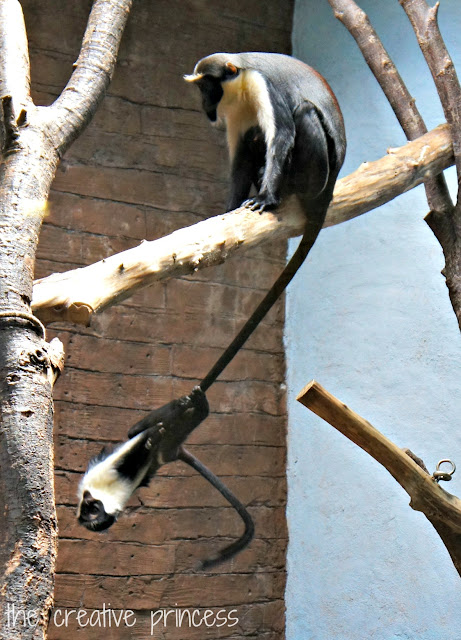 The new sea lion exhibit is right beside the smelly building so when we were done we walked over to watch the sea lions sleep.  We found a cool new part of the exhibit we did not see last time.  It is like a little cave!  You walk down, go inside and you can see underwater!  It is the neatest thing!  I took a couple panoramic shots so you could see it all.

The little fish have people's names on them, not sure who they are or how they got their names there though.
We walked around a bit more, looked at a few more animals, jumped in a few puddles, almost got attacked by a goose and had a good time. 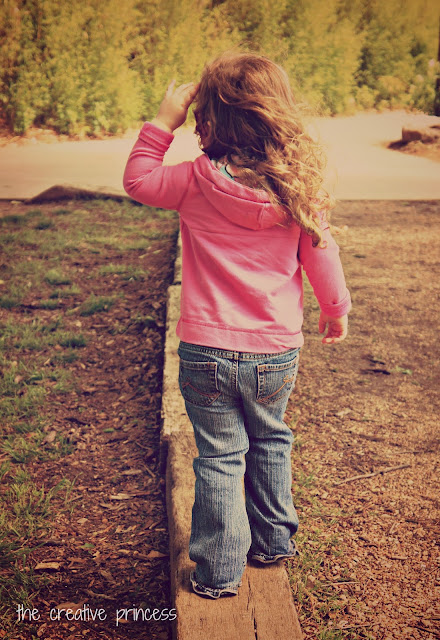 Before we left we decided to ride the train.... 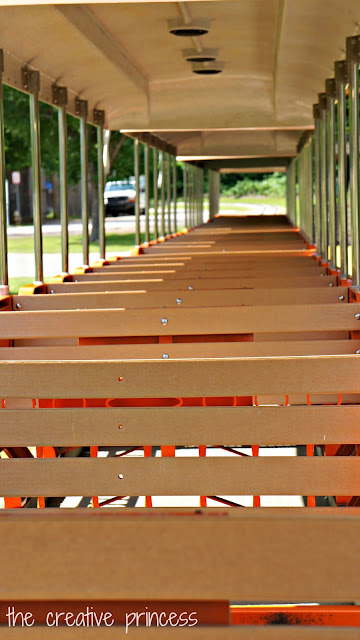 Yep, we were the only ones that road the train!  HA!  That was pretty cool.  The only other time I have been on the zoo train with no one else was when my cousin had a seizure on it when we were little.  That was CRAZY!  This time was not near as crazy.  After the round-trip train ride we road the carousal.  There was only one other family on it at the time.....so the guy let us go around an extra time for free.  Sweet! 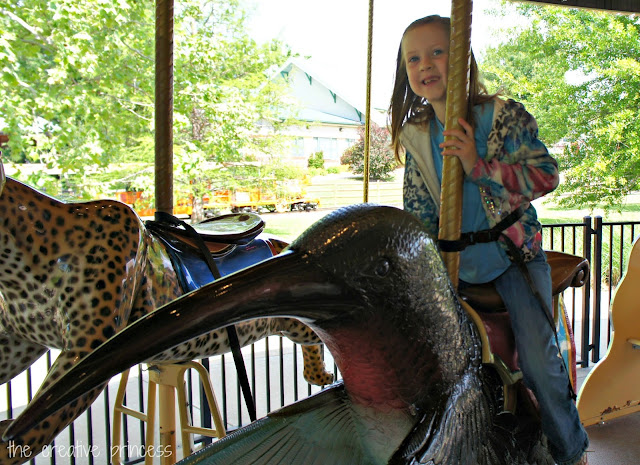 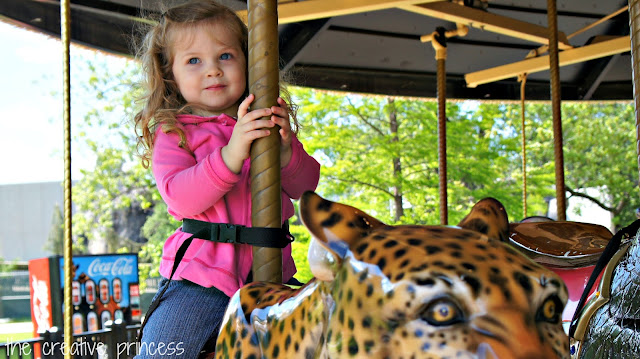 Then it was a quick stop to potty and get a sucker from the gift shop.  As we got to our car I thought I had better start looking for my keys.  I searched my purse, the stroller, my jacket, my pockets, my purse, the stroller again.  Yep, NO WHERE to be found.  UGH!  So, I looked in the car.  There they were, right by MG's seat.  Fantastic.  Luckily my mom saved the day and called AAA! 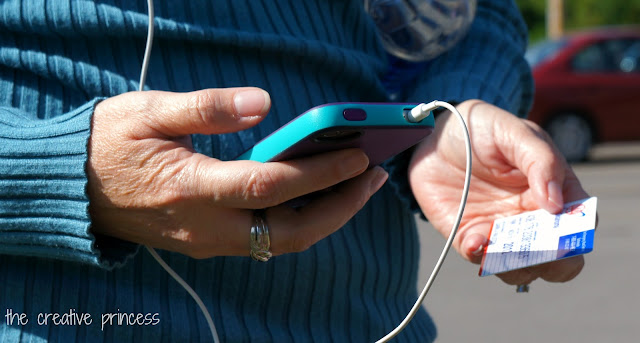 It took Joe from AAA Oklahoma about 15-20 minutes to get there and work his magic. 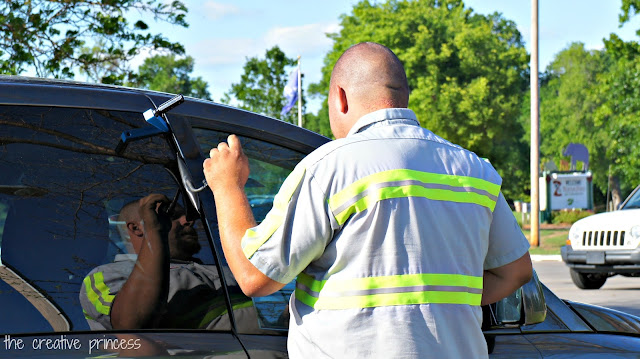 SO thankful for my mom, AAA and Joe!  Also thankful it was a nice day, had it been hot I would have been cranky and that just would not have been good.

Once I had my keys again we made our way home.  The girls were out before we hit the highway.  We stopped for dinner closer to home and I decided to go over an old bridge I always drive by.  It was pretty cool! 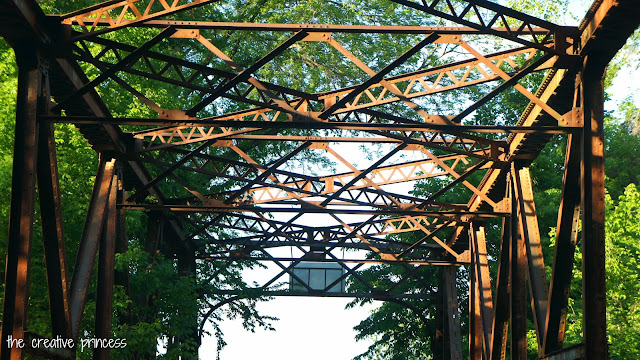 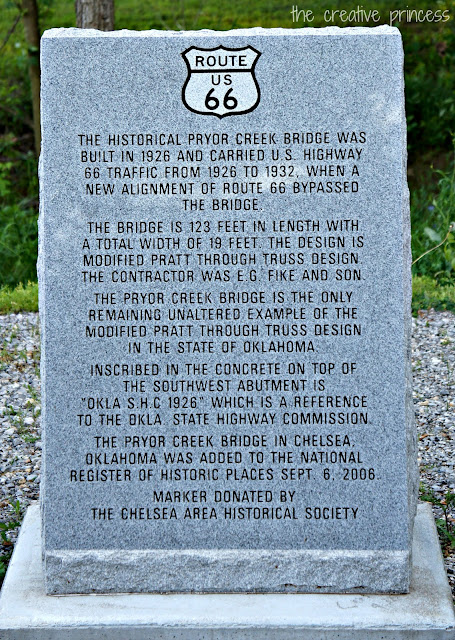 Once home it was an early to bed night....again.

Saturday Mads went to work with daddy and MG and I went to Walmart.  I got some new pots to transplant some flowers, some new flowers, a few pots for my veggies and some dirt.  When we got home I replanted everything and MG played with her sidewalk chalk.

Sunday was church and relaxing.

It was a pretty fun, not too stressful weekend.  And don't worry, we aren't going to the zoo again this weekend.  We actually have a road trip planned!  WooHoo!  I should have all kinds of stories to share with you next Monday!

Oh and...tonight I am going to Zumba again.  Pray for me!