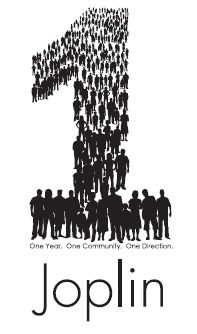 One Year, One Community, One direction,
Joplin

I think that really says it all.

One year ago today was just like any other spring day.  It was a BEAUTIFUL Sunday afternoon, not a cloud in the sky but a slight chance of rain later in the day.

The girls and I were driving to church when the skies turned black and the rain started POURING!  Little did we know, a tornado was on the ground about 15-20 miles away, near the lake.  I pulled into church, got the girls out and went into the nursery.  I decided to check the weather just to make sure there was nothing going on.  To my surprise, not only did a small tornado hit just a few miles away from me, a MASSIVE and very deadly tornado struck one of my favorite places.  Joplin, Mo. is a short 45 minute drive from my house and a place I shop at regularly (once or twice a week).

source
Reports were just starting to come in, my mom was texting me, we had friends in the area that were texting other friends in church.  It was nuts.  At the time we did not know just what had happened.  We knew there was a tornado, we knew it was bad, we knew we had friends up there.  None of us were expecting what we would be faced with in the hours shortly after. 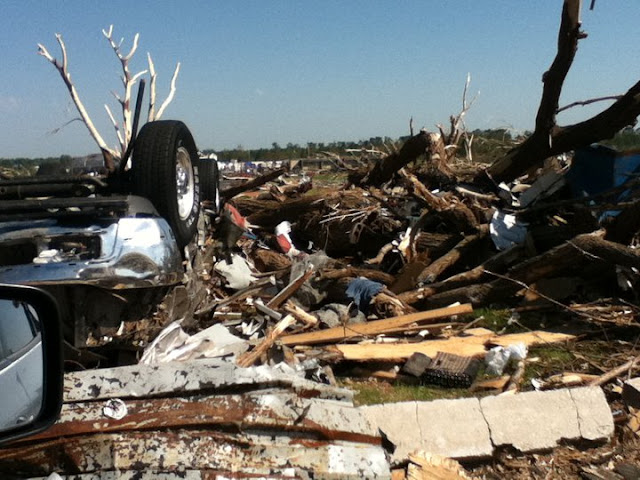 (this was posted on FB by my friend Jamey)
After church I ran to Walmart to pick some things up, I was met by a group on their way to Joplin to help in anyway they could.  They were getting supplies but had a small SUV and were afraid all of the supplies would not fit.  I told them if they could wait 30 minutes I would go get my truck and drive whatever they needed up for them.  We agreed that if they were able to make it work, they would just leave instead of waiting on me.  They were gone by the time I made my way back.
source
The next few days were full of both tragic and heroic stories.  Pictures of the damage was starting to come in.  It was heart wrenching.  If you did not know someone that was affected, you knew someone that did.  A few days went by and the city of Joplin was begging people to come back and shop, eat at their restaurants, that the town was still open even though half of it (it seemed like) was gone.  So, John and I loaded up the car and went up there.  The pictures on the news and internet just did not even begin to compare to what it was really like.  One of the things I also wondered is what it would smell like.  I know that is weird, but that was just one of the things running through my head.  The whole town smelled like freshly cut, wet, 2x4's.  It felt so weird eating and shopping while so many were trying to literally pick up the pieces and go forward.  But we did, it was one of the small ways we could help.  We also started a food and clothing drive at our church and my friend and I took a few trips up with things we had gathered. 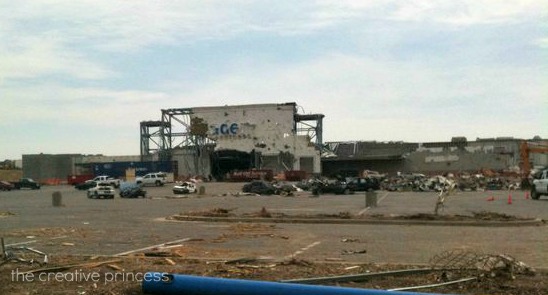 (this was posted on FB by my friend Jamey)
Over the last year we have continued to shop and eat in Joplin and watching the rebuilding process has been amazing.  The organizers that handled the volunteers were just amazing.  Thousands, if not hundreds of thousands, volunteers were deployed to the area from around the world to help.  I, to this day, get teary eyed just thinking of the love and support that Joplin has received. 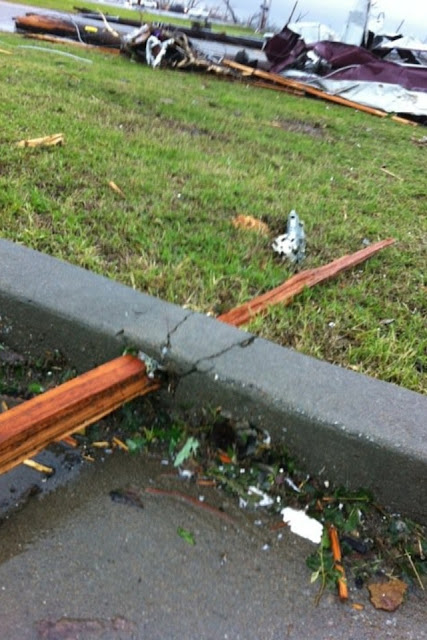 Yes, that is a piece of timber going through a curb! source
As we drove through the heart of the town last night I was just amazed at how far they have come from a year ago.  Houses are starting to pop up, stores that were leveled are back and open for business, the class of 2012 has graduated.  This chapter has closed, the new chapter is just beginning. 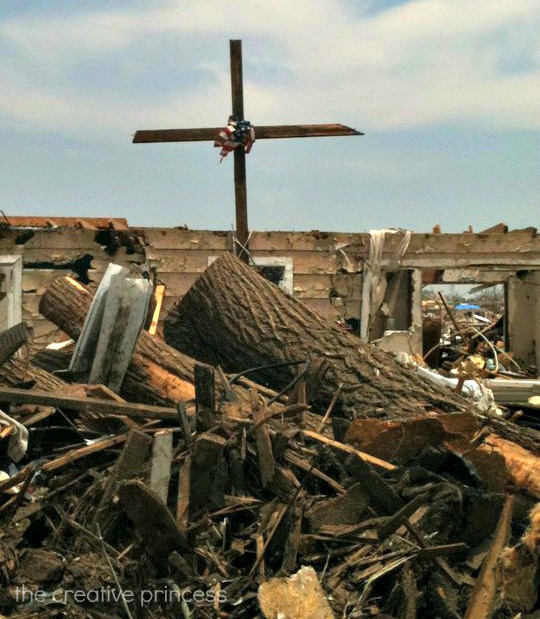 For Such a Time as This

December 08, 2014
This post is a sponsored post from Family Christian , all opinions are my own. You know when you find a group of friends and you just sit back in amazement when you think of just how awesome they are? I am SO lucky to have a group like that in my life. I am even luckier to have this group in my girls' lives.  It is so very important to me for my girls to see the relationships I have with these women. The way we interact and love each other. It is important they see that even though each one of these women are very, very different, we still come together in love and laughter. It is also important to me that my girls see the relationships that these wonderful women have with their families. I am lucky enough to be close friends with two AMAZING families. We do things together, as families, we also do things together just the moms and kids. I love that my girls see these strong families and know that these families are there for them should they ever need them. In the
Read more