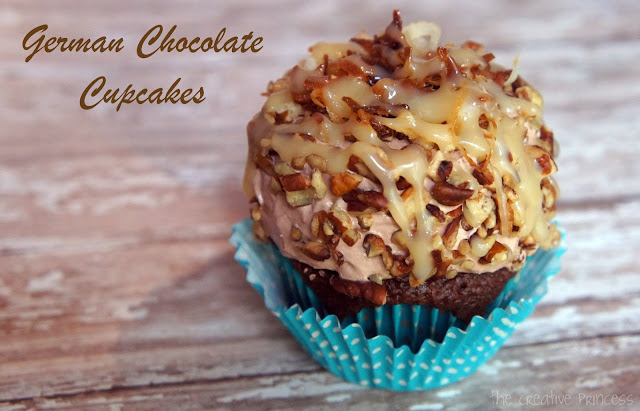 In my family, we love to celebrate every day. Whether it is big or small, I like to make a big deal out of things. When I learned that Cool Whip came out with a new line of Frosting I KNEW I had to incorporate it in our next celebration.

On Wednesday we had our first Parent Teacher Conference of the year for Miss Mads. I was very anxious as some of the papers that have been sent home weren't that great. There have been a lot of corrections and some confusion with some of her letters.

Hubby and I spent nearly an hour and a half talking with her teacher and going over things.  In the classroom Mads is doing excellent! In fact, she received an 'Excellent' mark on every single in class things such as listening, doing what is told, helping others, etc.  YAY! We also learned that she is ahead in math and reading and is nearly a full year ahead on word recognition!  WooHoo!  Goooo Mads!

I had already planned on celebrating the first 9 weeks being over but now, I had even MORE to celebrate and the cupcakes I had planned on making were turned into something much more worthy. 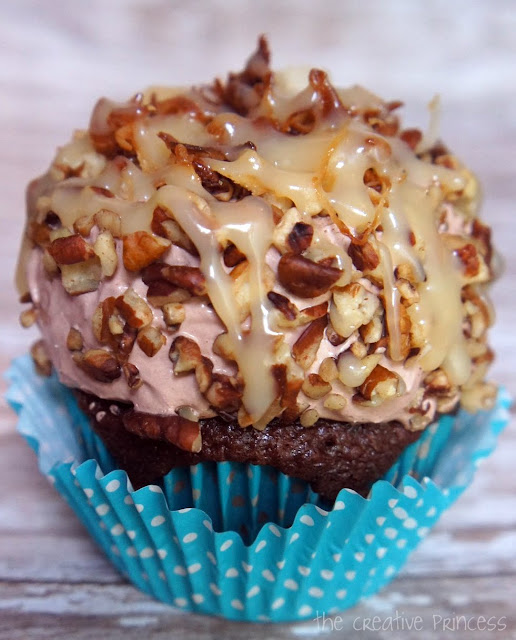 
Directions:
Mix and bake cupcakes according to package directions.
Remove from oven and allow to cool completly.
While Cupcakes are cooling, toast your coconut, I used about 1/2-1 C, and make your sauce {recipe below}
Once Cupcakes are cool, top with Chocolate Cool Whip Frosting.
Sprinkle with Pecans and then drizzle with German Chocolate Sauce.

In a medium saucepan, slightly beat egg.
Add all of the remaining ingredients over medium heat.
Continue to stir for 5-8 minutes or until mixture is thick.
Once thick, remove from heat and allow to cool completely.
Once cool, drizzle over Cupcakes.

The true test though was if Mads would like them, after all we were celebrating her! 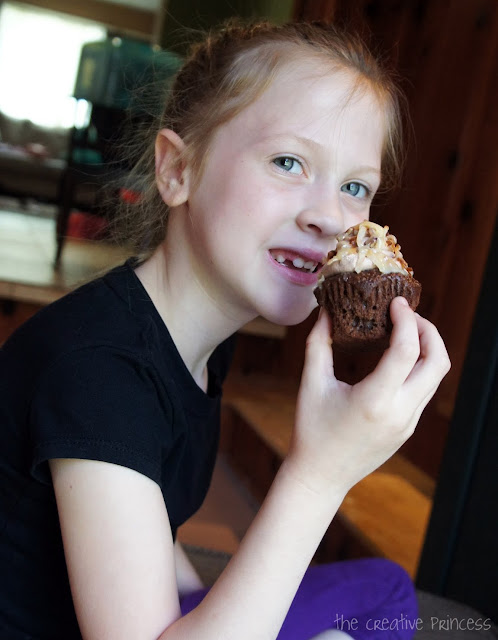 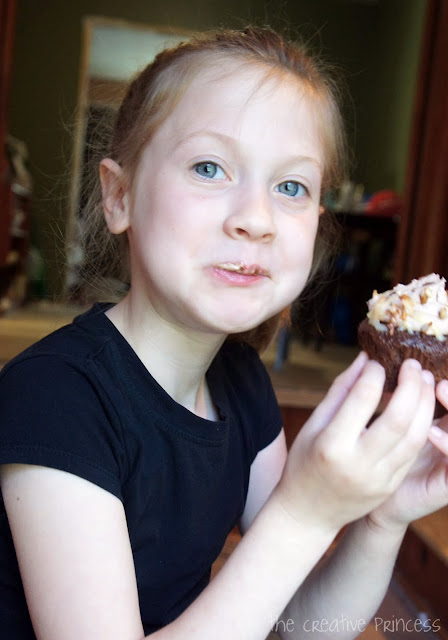 And the verdict?  She LOVED them!  WooHoo!!

Have you tried the new Cool Whip Frosting yet? It is a great topping for many desserts! We tried all three favors, Vanilla, Cream Cheese and Chocolate.  My favorite? The Chocolate, hands down! It was like eating an amazingly creamy chocolate mousse. The Cream Cheese was my least favorite.

To find even more cake and/or cupcake recipes featuring the new Cool Whip Frosting check them out on Pinterest and Facebook! You can also check out even more from our shopping trip on my Google + Story! 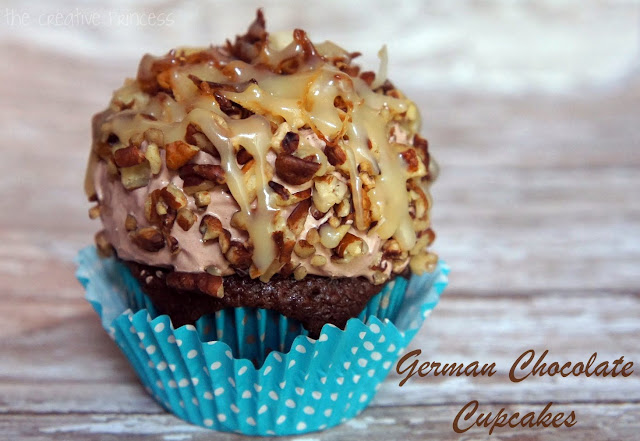 If you want to learn EVEN MORE about Cool Whip Frosting, come join our Twitter Party! The party will be on Wednesday, October 24th at 1-2pm EST!  Be sure to RSVP here to be eligible to win some awesome prizes!
I am a member of the Collective Bias™ Social Fabric® Community.  This content has been compensated as part of a social shopper insights study for Collective Bias™ and Kraft Cool Whip.  #CoolWhipFrosting #CBias #SocialFabric All opinions are my own.